Ras Tanura is the oldest refinery on the Persian Gulf coast, located near the industrial port city Jubail in Saudi Arabia. 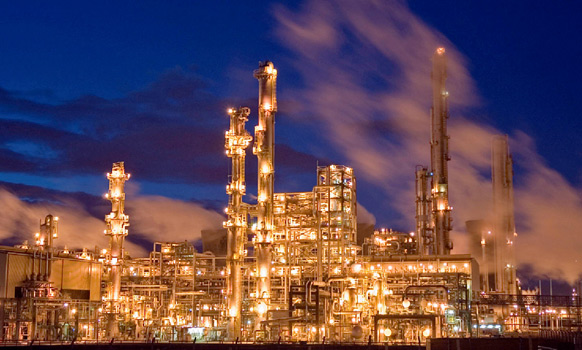 Ras Tanura is the oldest refinery on the Persian Gulf coast, located near the industrial port city Jubail in Saudi Arabia. It has a crude distillation capacity of 550,000 barrels per day (bpd). It is owned and operated by the state-owned oil company, Saudi Aramco. The majority of the products produced by the refinery are supplied to Dhahran bulk plant for domestic use, and the remaining are exported.
The refinery began operations in September 1945 with an initial production capacity of over 60,000bpd. It has since then undergone a number of expansions, which added new equipment such as fluid hydro former for high-octane gasoline production (commissioned in 1955), a diesel desulphurisation unit (commissioned in 1957), a special products blending facility, and a refrigerated liquefied petroleum gas (LPG) plant.
Past expansions at the Ras Tanura refinery
The major facilities at the refinery complex include a 325,000bpd crude distillation unit, a 225,000bpd gas condensate distillation unit and 50,000bpd hydrocracker.
In addition it has 270,000bpd catalytic reforming equipment. It also includes a visbreaker and a natural gas liquids (NGL) industrial unit. The NGL fractionation plant was added with a capacity of 130,000bpd in 1978.
A modernisation project was completed at the refinery in 1984. The refinery was also upgraded by adding diglycol amine (DGA) regeneration plant and sour water stripper in 1999.
Supplied major equipment to Ras Tanura Refinery.